Student Debt Crisis: Hope is on the Horizon 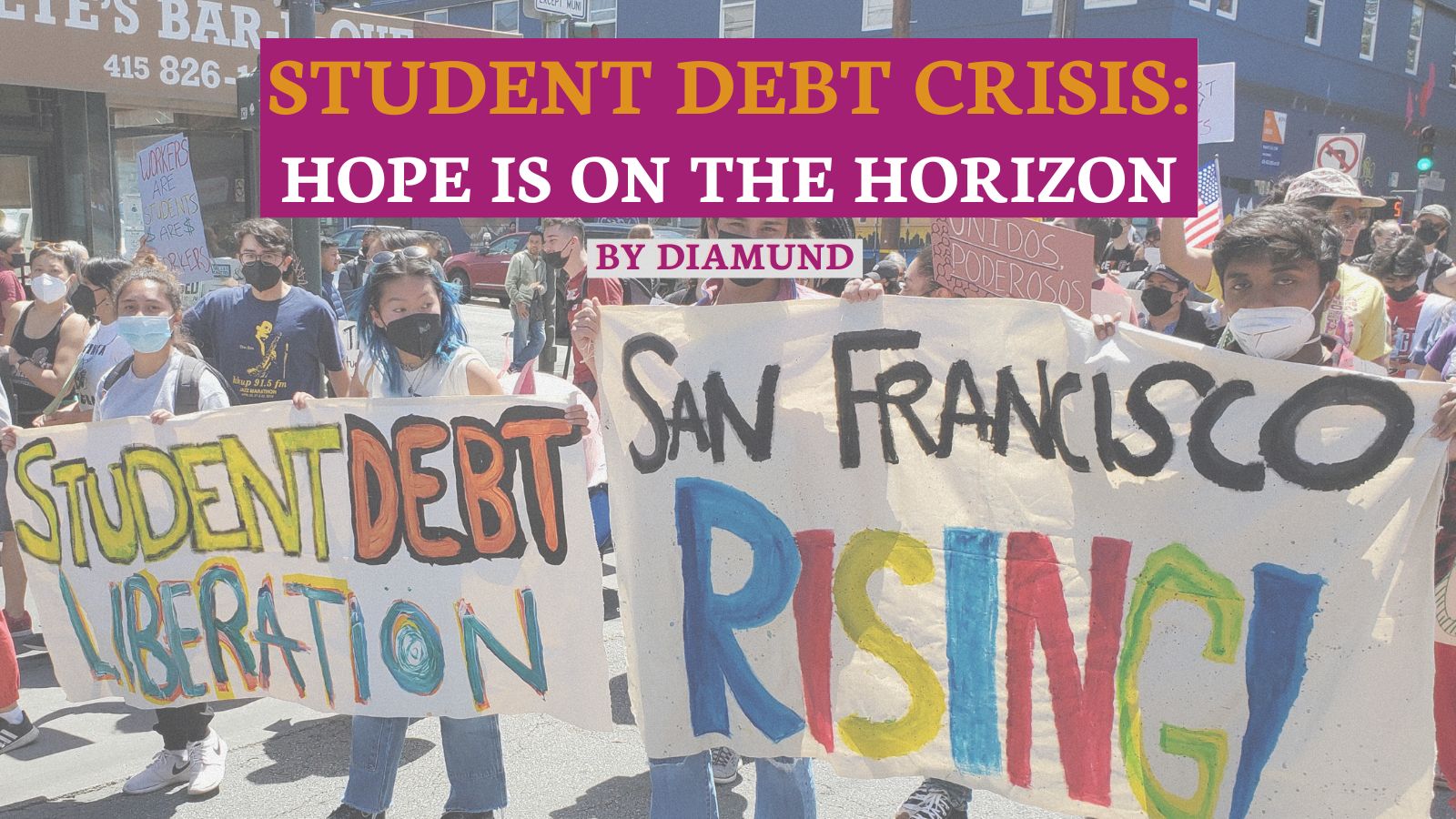 Will millions of debt burdened students be able to breathe a sigh of relief for a chance at financial freedom? A hope for change is underway! On February 28th, the Supreme Court of the United States will be deliberating on whether or not it is legal for President Joe Biden to cancel student loans, as he did through his recent relief plan which would wipe out the student debt of at least 20 million borrowers, and relieve many more borrowers of $10-20,000 of debt. As many of us know, the presidential position allows for an executive action that doesn’t require passing legislation through Congress. Executive action has previously been used to bail out large for-profit corporations, bar access into the U.S. for asylum seekers and immigrants from predominantly Brown and Black countries, as well as weakening compliance with the Fair Housing Act. Using executive action to make sweeping changes is nothing new. So why are so many conservatives up in arms about Biden’s student debt cancellation plan? The only difference is that cancelling student debt isn’t about preserving the already incredibly wealthy; it will set a precedent that within the education system, within our economic chain, no longer can students be used for capital gain via the loaning scheme. In other words, it threatens the status quo and that scares people in power.

What’s going on with the future of student debt cancellation in this court case? Here’s what you need to know:

Right now, the debt relief ordered by President Biden through the Department of Education is on pause, but so is the repayment process until June 30th of this year, or 60 days after SCOTUS makes its decision. Our hope is that SCOTUS lets Biden’s plan continue and 43+ million student loan borrowers will wake up with $10,000-$20,000 of their student debt gone and can focus on building careers that bring them joy and moving on with their lives. If the Supreme Court makes the grave decision to not allow for cancellation, there will still be 2 additional months after the ruling for student borrowers not to pay back their loans. Which means, even if the courts are holding up the student debt cancellation by the time June 30th rolls around, the repayments wouldn’t restart until 60 days after the court cases are closed. However, if the case ends before June 30th, and doesn’t favor student borrower’s, then loan repayments will start within the same 60 day timeframe, regardless of the standing June 30th extension date.

While we are praying for a victory, we want to remind you that if the outcome of the SCOTUS hearing doesn’t go in our favor, there is still hope for you to get your debt erased. President Joe Biden has ushered in changes for student borrowers that have been traditionally left out of the Loan Forgiveness Program, and reduced the repayment percentage based on the income of the student. Small victory! While that doesn’t solve the problem of needing all debt cancelled, we want to remind you that there’s time to get things in order and prepare for either outcome. Be sure to ask yourself before the case is heard, “How will I be affected if the debt isn’t cancelled? What do I need to put in place so that I can survive the repayment plan?” There are resources we’ve uploaded to SF Rising’s website for student loan borrowers and I want to encourage you to seek them out, and meet with a financial advisor, and an academic counselor if you have access to one. After all, we can’t rely on the courts to save us from the courts.

We will not give up on students, alumni, and debt holders being set free from this toxic system! Every step forward moves the mission of education justice forward, and every voice that joins in amplifies a demand that can’t be claimed unheard. On February 28th, join us on Twitter by tweeting your story starting with “I have hope for cancellation because…” and hashtag #SCOTUSCANCELIT. If you don’t have Twitter or do but still want to get more involved you can volunteer with us this year and get connected with what’s to come!

Remember, there’s power in numbers. Regardless of what SCOTUS decides, we are closer to achieving a debt free future than we have ever been before. And we’re not stopping now!