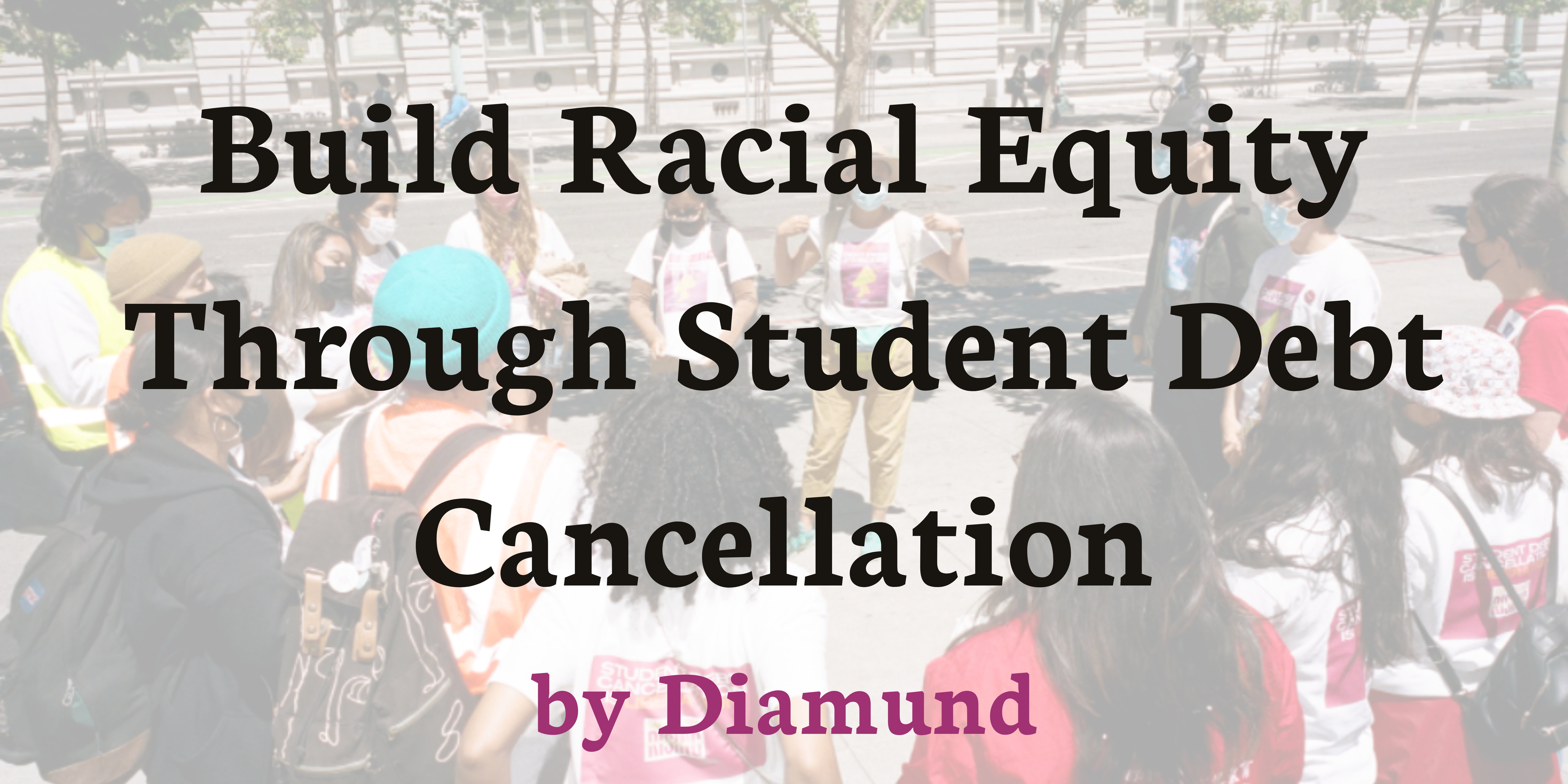 We’ve never been in this sort of crisis before. The world is experiencing an ongoing pandemic, people are dying by the thousands, and our economy is seemingly on the verge of a collapse. This is a moment in history that could set a precedent for future leaders to do right by its people. One of the simplest ways to start a chain-reaction of economic recovery is by canceling student loan debt. In the U.S., we have a President who had stated during his campaign that he would commit to canceling $10,000 of student loans per borrower. Technically the verbage was to “forgive” student loans, but the term forgiveness indicates that someone has done something wrong and that wrong would need justice. No. Students are not in the wrong for having to use a system that’s been put into place decades ago for the elite to stay wealthy, and for the poor to essentially get poorer.

Studies show that student loan holders who are most likely to default are Black and Brown people. Residents in predominantly Black and Latinx neighborhoods in San Francisco have defaulted on their student loans by 15.3%. Imagine not making a living-wage, already struggling to make debt payments and being required at an accelerated force to pay off backed-up student debt payments in a lump sum. This is not an accident. The student loan institution is an oppressive system that manipulates society into believing individuals should be the ones responsible for funding their own way through college. The original higher education system was created for wealthy white men. How can a government expect low-income students, who are disproportionately students of color, to pay thousands of dollars to attend a higher education institution when the odds are stacked against us in being able to afford it, or pay off loans in order to attend? The higher education institutions have not been formulated from an all inclusive perspective, producing a system that further imprisons low-income students and students of color in a drowning sea of debt. The likelihood of a Black student completing college is 42% compared to a white student at 62%. According to the Bay Area Equity Atlas, “median earnings for Black, Latinx, Native American, and multiracial households in the Bay Area fall below $55,000 per year, whereas white households earn a median annual income of $92,100.” The odds of a white student receiving their degree and a job that will substantially support paying off their loan debts are significantly higher, further exacerbating the wealth gap.

We must ask ourselves if this is how we want to continue on. Do we continue to uphold a racist and capitalistic system, or are we ready to truly create equity and enhance our economy in a way Americans have never seen? Imagine, states actually united in wanting everyone to have an equal chance to attend college for free where we can all receive degrees or certificates to further our passions and better our economy. Kenya, Malaysia, and Sweden currently offer free higher education for all of its residents according to Finances Online. They have a well functioning system that allows people access to college no matter their socioeconomic status. Surely, the United States, the richest country in the world, could afford to do the same.

Think of that one friend you have that has been too afraid to attend a higher education institution because they couldn’t afford to take on tons of debt. Think of your parents who had to work multiple jobs endlessly and tirelessly in order to afford your education. Think of that family member who had to help pay for their kids’ college by taking out thousands of dollars in debt just so they could have the opportunity to take a shot at a better job upon completing their education. Think of your neighbors who have been swindled by these predatory loan companies and now can’t retire since they have to work to pay off a debt that could’ve easily been avoided if the loan company was transparent about their options for repayment.

It’s time to create an equitable society! Let’s get President Biden to cancel student debt and make college free for all! Don’t let this opportunity pass us by. To get involved, join SF Rising’s phonebank sessions and our Student Liberation Committee Meetings to help build support to abolish student debt once and for all. And stay tuned for a mass training on April 1st – more details to come!

We only have 2 months to win the fight to cancel student debt before the Biden administration forces students to resume payments. Let’s do this. You can do this. Together we can do this!