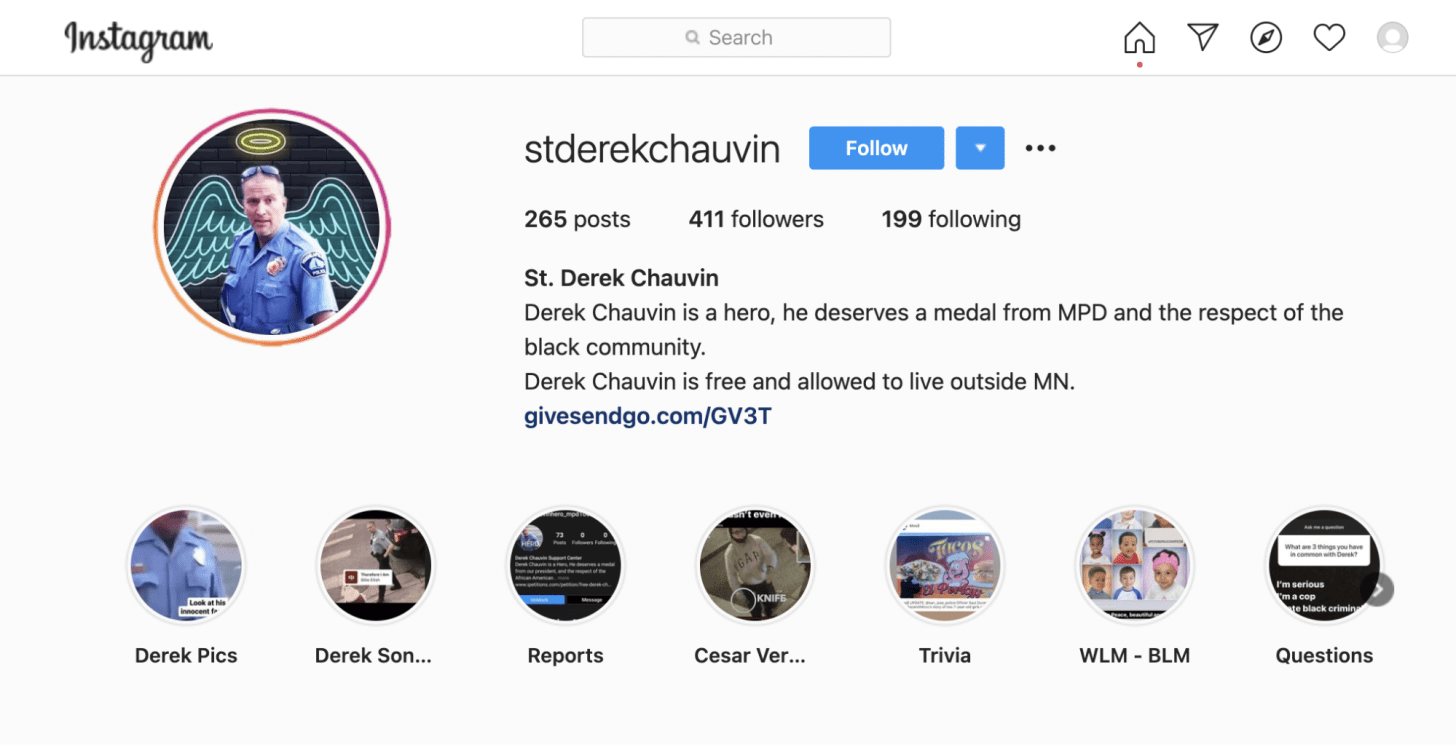 “Going by the handle “StDerekChauvin,” a now-deleted Instagram account posted a series of disturbing images and comments ostensibly in support of Derek Chauvin, the now-convicted police officer who murdered George Floyd in Minneapolis in March 2020. The StDerekChauvin account was operated by a person who claimed to be a San Francisco police officer, and even posted multiple close-up shots of an SFPD uniform and badge.”

The StDerekChauvin Instagram account operator also claims to have been disciplined by the San Francisco Police Department in 2020, which he chalked up to “too much protests and riots” where “they [presumably the San Francisco residents who attended these protests] want to complain about everything.” In the course of arguing that Derek Chauvin’s long-list of citizen complaints is not abnormal over the course of a long career, the account operator also claimed that he had been the subject of more complaints than Chauvin.

“#DerekChauvinHero” reads one post celebrating Chauvin. Another post reads: “Derek Chauvin is a hero, he deserves a medal from MPD and the respect of the black community.”  “Officers and departments want to be like Derek Chauvin,” reads a third post which includes an illustration of the now-infamous photo showing Chauvin (pictured white and deer-headed) kneeling on Floyd (pictured Black and wolf-headed), apparently signifying the idea of the prey trapping the predator.

The account was active during the final months of 2020 and through the early months of 2021, before it was deleted.

“If an SFPD officer did make these posts, it would only be the latest in the long list of scandals and shameful killings by police that have plagued policing in this city,” said Celi Tamayo-Lee, interim co-director of San Francisco Rising, to SF Watch.”